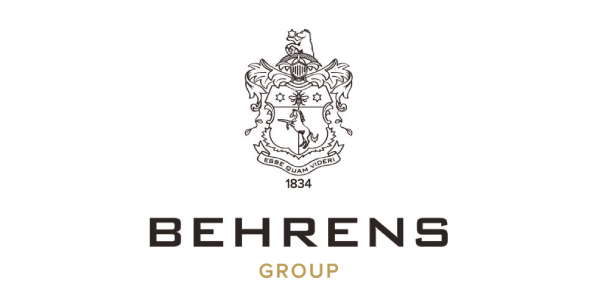 "I think service-wise, Starcom are great to work with. Whenever we have issues, from a new starter to a faulty PC, it’s easy to speak to the people you need to get them resolved. They get things back up and working within a matter of hours. Starcom understands how paramount business continuity is for us, and how they help us achieve that.” Ryan Curran, Systems Manager

A recent acquisition demanded a wider variety of integrated IT environments for Behrens to achieve its business goals – and quickly.

Migration to a new server with data ready-to-go, cloud hosted productivity and remote working tools and a reliable, future-fit ERP.

The Behrens Group is Manchester’s oldest textiles company, with a rich history dating back to 1834. It specialises in wholesale and retail fabrics, across healthcare, sportswear and fabrics, and services nearly every sector imaginable. The Behrens Group’s clients include the likes of the BBC, British Airways, both Manchester City and Manchester United, John Lewis and the NHS, as well as many more UK and global businesses and organisations.

Starcom has been providing the Behrens Group with IT and tech solutions for nearly 30 years and most recently completed a migration of the textile manufacturer’s business applications from SBS2011 to Office 365, hosted in the cloud. This work also included a new server, file and print server and virtualised PC workspaces for its remote sales team. It also included 20 new PCs, a DC server and a VPN network link to a new office in Sheffield, following a recent acquisition. All in all, the Behrens Group runs a variety of environments in order to achieve its business goals.

Ryan Curran, Systems Manager at the Behrens Group, explains: “We’ve always liked the service that Starcom offers and they always put a well-considered and thought out package together when it’s time to look at upgrading our service. They’ve been helpful in every aspect, and this recent upgrade is no different.” When the Behrens Group’s server came to the end of its useful life in January 2017, Starcom managed the migration across to a new on-site server, ensuring that the group’s data remained secure and ready-to-use once the migration completed. As part of this upgrade to infrastructure, Ryan instructed Starcom to investigate adequate tools for its remote sales teams.

Ryan continues: “Starcom suggested a way of remote working, for our sales team who work and travel across the country. We hadn’t considered their needs in this way before, and the fact that Starcom was able to spot a gap in our provision and suggested a service that worked for them was obviously a big plus as well.

“The team now has access to all their files and applications, and it’s started a conversation in the office about how everyone else can use things like SharePoint to keep everything up-to-date and remotely accessible. From email migration to the hardware we had installed as well, it’s been a seamless move to new technologies and for the large part, the team didn’t even notice the transition.”

Alongside this, Starcom and the Behrens Group have been working with a third-party supplier to implement the Group’s new ERP. This was a key issue that needed everyone’s involvement. Ryan elaborates: “We asked Starcom to scope out the whole project and they came back with this package, saying ‘this is what you need’. We then ran it past our ERP provider and within the Group, and reached the same conclusion as Starcom . It’s been reassuring to have a partner we can trust to advise us like this.”

It’s been an overwhelmingly positive relationship from both sides, as Phil Bramhall, Senior Sales Executive at Starcom adds: “The Behrens Group has been a client for nearly three decades now and we rarely run into issues with their IT infrastructure. They’re also a responsive client that likes to understand the value of their investments, which is exactly how we prefer to work as well.”