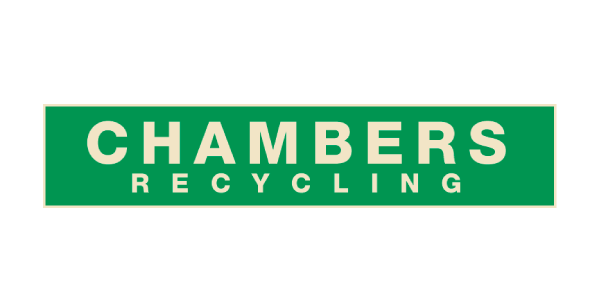 “Starcom suggested a solution which meant the minimum amount of upheaval for the IT infrastructure while simultaneously retaining access to the server for all staff, regardless of which building they were in.” David Martin , Group Company Accountant

No automated or cloud-based disaster recovery and ageing IT infrastructure was inviting risk and poor productivity into the business.

Chambers Waste Management PLC is a family owned group of businesses with two primary facilities in Runfold and Guilford in Surrey. Established in 1969 by the current Chairman and Managing Director, Peter Chambers, the business started out handling waste from local business and homeowners. Over the years, the company has evolved to offer a broad range of commercial and domestic waste management, recycling and materials recovery services. This has also lead to further diversification into the supply of aggregates (both recycled and new) and ready mixed concrete, supplied across Surrey, Sussex and Hampshire. As the company has grown in both size and complexity, so has their reliance on IT services.

To manage everyday business operations, the company uses Sage 200 ERP, supplied via K3 FDS, running on in-house servers. When a new Group Company Accountant, David Martin, was appointed in 2011, he also took on ownership of the company’s IT. David explains: “Although my primary function is finance, I was also asked if I would like to get involved in steering the company’s IT strategy. Having been IT Manager earlier in my career, I was more than happy to broaden my challenge at the business.” With a good deal of experience and knowledge, one of David’s first tasks was to audit the IT Estate. He quickly reached the conclusion that the infrastructure exhibited some serious vulnerabilities.

David continues: “My major concern was that we didn’t have a suitably robust disaster recovery plan in place. Our setup included a number of in house servers across our sites with very rudimentary backup systems in place which were reliant on human intervention. If anything was to go wrong with one of our servers, a realistic timeframe for recovery was two to three weeks. Aside from the amount of stress something like that would cause, the cost to the business in terms of money and human resource was much too high to contemplate.”

David wanted to explore options around consolidating and then virtualising the existing server hardware and at the same improve the backup process. When he raised the issue with the incumbent IT Support provider, David was surprised by their response: “In short, they didn’t know what virtualisation was and they were also not able to offer any kind of offsite backup service. This prompted us to start the search for an alternative supplier. At this point we were introduced to Starcom via partner K3 FDS.”

Between David and the team at , a plan was developed to streamline the server infrastructure and introduce some much needed resilience. Starcom proposed a hyper-converged virtualisation solution consisting of a pair of Hyper V servers per site with storage sat on the server rather than an additional SAN. This had the advantage of lower costs and increased performance. In addition to the server infrastructure, the team at Starcom also devised an innovative approach to off site backups. Rather than use a third party to store the data off-site, the plan proposed a daily backup of data between the two sites. A dedicated drive on each site backups the virtual servers and then replicates data between them, providing the all important offsite backup with no third party hosting costs.

For the Runfold site, the process was relatively straightforward; set up the new servers, migrate the data and that was pretty much it. But for Guildford, the implementation coincided with some major building works which required a more complex solution. Says David: “We were in the throes of demolishing two buildings in order to build a new office, but it was a staged process that meant moving staff around a number of buildings as demolition took place and a new building was constructed.

“Starcom suggested a solution which meant the minimum amount of upheaval for the IT infrastructure while simultaneously retaining access to the server for all staff, regardless of which building they were in.”

Paul Bourne, Technical Solutions Consultant at Starcom explains further: “It was a pretty unique situation and was a bit of a juggling act for Chambers Group to get everything into shape so that the users could just move around but still access the necessary IT systems. What Chambers did was build a permanent server room in a building that wasn’t going to be knocked down. There we were able to install the equipment including the new, virtualised servers. It also provided an opportunity for the company to invest in redundant power supply. The final piece of the puzzle was to connect the entire site with Wi-Fi. What that meant was users could move themselves and their desktops, laptops and printers and work from anywhere in the Guildford site.”

For David, the solution was really taking shape, but the real test came when a disk failed on the Guildford site during implementation. “Given that one of the two key drivers for implementing a new system was to improve our recovery capability, it was almost fitting that we had to put it to the test so early on!” A corrupt RAID disk caused a significant loss of data, but thanks to the new set up, a new disk was installed, the data recovered and everything was back to normal before the end of the same day. “We wouldn’t have been able to recover our data anything like that quickly on the old set up.” says David.

Day to day, David is more than pleased with the new infrastructure and the level of service provided by Starcom .