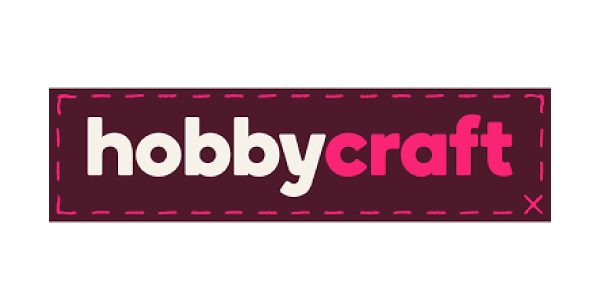 "I think service-wise, K3 are great to work with. Whenever we have issues, from a new starter to a faulty PC, it’s easy to speak to the people you need to get them resolved. They get things back up and working within a matter of hours. K3 understands how paramount business continuity is for us, and how they help us achieve that.” Ryan Curran, Systems Manager

Fragmented IT across all business functions following an acquisition, which couldn’t power Hobbycraft’s ambitious growth plans and business strategy.

With an impressive 85 stores and plans for ten more in the coming year, UK retailer Hobbycraft is riding on the crest of a wave. It is a wave born out of a growing passion for arts, crafts and creativity in the UK, stimulated by a rise in television shows such as The British Sewing Bee, The Great Pottery Throwdown and The Great British Bake Off.

The result is an entirely new generation of craft enthusiasts, and for Hobbycraft an impressive rise in annual sales to £152m and a corresponding hike in profits to £10.9m for the financial year ending February 2016. The retailer operates in a booming marketplace, which has grown by 50% to £3bn since the chain was bought by private equity firm Bridgepoint in 2010.With ambitious growth plans for Hobbycraft, the IT required to underpin expansion was on the agenda from the get-go.

Mike Thomas, IT Director of Hobbycraft explains: “At the time of the acquisition, Hobbycraft didn’t really have a joined-up solution that worked across the various head office functions, the distribution centre, the stores and the website. Instead we had a number of solutions that dealt with specific tasks some of which weren’t really fit for purpose.”

“When I joined the business in 2011, it was to review the business strategy and to propose how the IT systems could support and enable the ambitions of the business.”

Mike’s experience in large-scale transformational changes allowed him to very quickly reach a decision that an ERP system was the right path for Hobbycraft, specifically Microsoft Dynamics NAV, provided by K3 Retail. From there, the next decision was how to go about deploying it.

For Mike, there was only one way to go: “If you look back five to ten years, most businesses would have looked to host their ERP in their own server room and looked to resource it with their own operations team.

“For Hobbycraft, I felt that wouldn’t be right. We didn’t have the necessary skills in house or the facilities to host that kind of environment. Ultimately it boiled down to a choice between a significant capital investment to build the necessary infrastructure and ensure that could be adequately resourced, or look to a hosted solutions provider. It was not a difficult decision to make.”

K3 Retail introduced K3 to Hobbycraft as a potential vendor for hosting services, not least because they were both part of the K3 Group.

Says Mike, “We wanted our software provider to work with a hosting provider they knew, so K3 was the logical fit. It would have been very easy to simply accept that the two companies should work together without performing due diligence. But in the event, we went through a rigorous process to ensure that as a standalone entity, K3 were a viable partner.

In terms of the benefits of opting for K3 cloud hosting, Mike is keen to point out that the needs of the business must be supported by the IT architecture.

“With inevitable seasonal spikes around Black Friday, Cyber Monday and Christmas we really value the ability to increase our server capacity thanks to the cloud hosted model. We have quite a predictable trading cycle which allows us to plan for additional servers to accommodate peaks in trading. We then take them out of the infrastructure so only pay for additional services for a limited period of time.

The relative predictability also means our costs tend to be flat and it’s quite easy to work out what month-to- month charges will be and budget accordingly. I rarely get any nasty surprises.

“Occasionally, something will reach its capacity, whether that’s a disc that has filled up or a processor that is at capacity. However, K3 are actively monitoring our infrastructure and notify us in advance if we have a potential issue on the horizon. On the whole, it works really well.”

With the continued success of Hobbycraft reliant on IT, ensuring the ERP system is robust is hugely important. As a high street retailer, a huge number of physical transactions occur every day and to mitigate any connectivity issues, each store connects to K3 via a primary MPLS lines, with a manual failover to a secondary line. In addition, there is a local copy of the ERP in every retail location.

Says Mike, “although we place huge reliance on our ERP and connectivity back to K3, we can still continue to trade off-line if the network connection is lost entirely. After all, lines do go down and that can be beyond the control of anyone.

“The distribution centre is a different situation. We cannot function without access to K3 so have a primary MPLS line and automated failover to a secondary line. Of course, nothing is completely failsafe so our approach has been to mitigate risk wherever possible.” We then take them out of the infrastructure so only pay for additional services for a limited period of time.

Part of Mike’s role is to ensure that he gets the most reliable service at the most appropriate price for Hobbycraft.

“A recent example was K3 suggesting we make a change to the disks we use in order to improve the speed of our infrastructure. It’s important we have an open dialogue about how to increase the performance of the infrastructure and at the same time make it as cost effective as possible. With K3, we have that dialogue.”