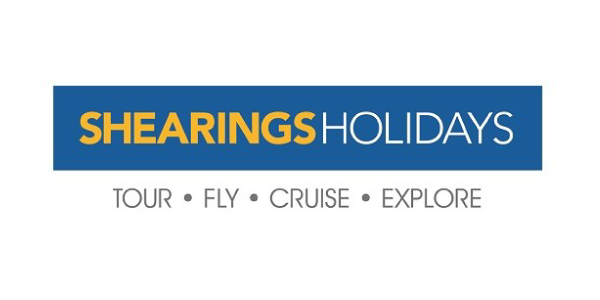 “This project has put us in a tangibly stronger position as a business and given me the freedom to focus on digital transformation, efficiencies and new projects. My long history with Starcom is based on their understanding of us, our IT challenges and their flexibility. It really is a great relationship – collaborative, friendly and trustworthy. We’re a team”. Michael Parker , IT Manager

Battling with poorly integrated legacy systems obtained via acquisition and inconsistent server and cybersecurity performance, all of which could potentially impact customer satisfaction.

Shearings Leisure Group are the UK’s number one coach holiday tour operator. Based in Wigan and with a heritage stretching back to 1903, the company offers coach, air, rail, cruise and hotels breaks to more than 170 destinations in the UK, Europe and worldwide.

Although best known as a coach tour holiday operator, over recent years the company has expanded to incorporate several well-known travel brands and also owns 44 hotels in the UK, which all come together under the Shearings Holiday brand.

The breadth of the organisation, part of which has come about via acquisition means that the IT estate is both large and complex.

Mark Williams, IT Director explains. “As a business with a number of individual brands, we’ve inherited various legacy systems over the years which means we have our fair share of challenges to ensure that we can deliver customer satisfaction.”

As a fellow Wigan based company, Shearings had met with Starcom to discuss whether there was the potential to work together. As Mark puts it, “they were just across the road and that can be very handy…”

Although the two companies didn’t start working together straight away, a few months down the line, Mark and his IT team hit a problem they couldn’t solve.

Mark continues, “one day we had an issue with an Exchange server. It lost all its security settings and no matter what we did, we couldn’t recover anything from it. We also couldn’t reboot it for long enough to make any changes.”

By 8pm that evening, Mark’s team had run out of ideas and still not solved the issue, so he decided to call on Starcom to see if his neighbour could find a solution.

An engineer was dispatched to fix the problem and by 2am had identified it as a software issue and reported it to Microsoft. By mid-afternoon the same day, Microsoft had provided a fix for Starcom  to apply and the server was back up and running.

For Mark, the experience highlighted a skills gap which Starcom were well placed to fill. Following this issue, Mark had confidence that Starcom could provide the necessary people.

Over the course of the next 12-18 months several call outs revolved around server issues and for Mark the problem was worsening.

For Mark, this had a number of positive impacts; saving money on new equipment, saving time on maintenance and support, and critically, improving the service delivered to end users while simultaneously reducing the burden on the IT team.

With more than 70 physical sites accessing one or more of the services running on the new infrastructure, flexibility is important to Mark.

“The change in how we can do things now is incredible. For example, if we need to spin up a new server, then we don’t have to spec it and wait for it to be built, delivered, installed and provisioned.

As part of the server consolidation project, Shearings also opted to use Starcom’s cloud storage offering, by backing up critical data on a daily basis. Beyond server infrastructure, Shearings continue to call on Starcom, but the relationship has changed from reactive to proactive.