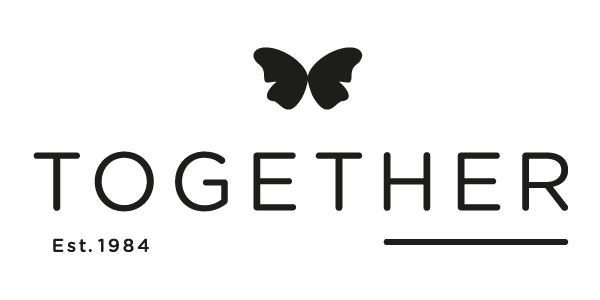 I genuinely can’t praise the professionalism of the Starcom guys enough. They made the migration to the cloud incredibly quick and painless. They have been really, really helpful.” Graham Osborne , Manager

Patchy and poorly configured backup and a failed drive left Together facing a huge loss of data, and legacy software was putting a chokehold on growth.

Emergency disaster recovery and a move to the cloud which delivered the most up-to-date software, a secure platform and regular backups of correct data.

London based fashion-house, Together, has built a reputation for glamorous and romantic designs over the last 30 years, enabling them to successfully market their clothing ranges through a worldwide network of retailers.

But in the summer of 2015, the stitching started to unravel on Together’s IT system when a hard drive failed, presenting the company with a potential loss of six months’ accounts and order book data.

Initially, Together were not aware of the full scale of the problem, as the company ran daily backups of their data to an on-site server.

But when they attempted to access the backups to restore their data, it transpired that only part of the information had been saved, leaving Together facing the potential loss of all digital records of their accounts.

Graham Osborne of Together, explains:

“We have been using the same software and on-site server setup to run our NAV ERP for several years and while we ensured the backups ran correctly, we hadn’t checked that it was backing up everything we needed. When we discovered that we only had part of the data we required to restore our systems, we began to worry.”

Faced with such a huge loss of data, Together called on their IT support provider to see if they could recover the data from the failed drive. They in turn spoke to K3 Business Solutions Ltd – a Starcom partner who had provided the original software – to get some advice on exactly which files were missing and where they would be on the failed drive.

With the likely location and names of the missing files identified, Together’s IT Support Company set about recovering the data. After several unsuccessful attempts, the drive was sent to a data-recovery specialist to investigate further.

“By this point we began to fear the worst and had to assume that all of our digitally stored accounts data was lost forever. We had to think about a contingency plan”, explains Lisa Gladdish, Company Secretary.

“Naturally, we had paper records for everything and audited accounts up to our previous year end, but that still meant potentially re-entering half a year of transactions.”

After an anxious few days, the news Together had been waiting for finally came; all the data had been recovered. But just as things started to look up, a new issue came to light; the version of the software that Together had been using was no longer supported and the newer version was unable to run on the server setup previously used by the company.So now Together had all their data, but no means of accessing it.

By now a week had passed and although Lisa and her team were coping ‘offline’, a lasting solution was required. At this stage Starcom suggested moving to the cloud, providing Together with the most up-to-date software, a far more secure platform and regular back-ups of the correct data.

From pressing ‘go’ to accessing the new system for the first time, Together were back up and running within a matter of a few days. For Graham, the process while stressful, was a learning curve:

“We are a relatively small business and although IT falls to me, it is not my day job, so I genuinely cannot praise the professionalism of the Starcom guys enough. From the moment that our server gave up the ghost to the moment that we got back online and beyond, Starcom were on hand to offer help and support even before we were paying for their services.”

“Without them it is questionable whether or not we would have recovered our data and once we had recovered it they made the migration to the cloud incredibly quick and painless. They have been really, really helpful.”