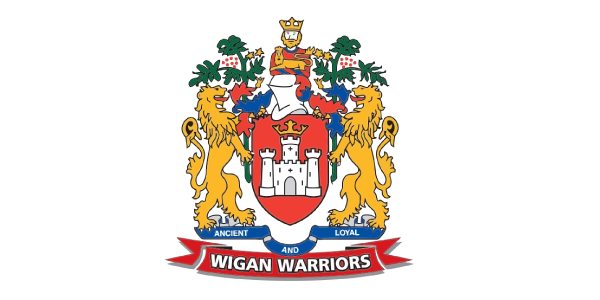 We were delighted with what Starcom achieved and as soon as we were all settled in, I picked up the phone to say thank you” Wayne Joyce, Projects Director

Relocation of HQ and four separate club divisions
on tight deadlines, without losing access to
business-critical IT.

Network and all other IT services including WiFi,
phone lines and cybersecurity rapidly and effectively
transferred with less than 24 hours of downtime.

With a global brand, the biggest fanbase in the UK, world-class facilities at the DW Stadium and Robin Park Arena, and a groundbreaking Community Foundation, Wigan Warriors are a true powerhouse of the sport.

For over 6 years, Starcom has provided IT support to the club, forming great relationships with technical teams and general management alike. Starcom began by taking care of internal IT infrastructure and hardware and today, deliver a full range of first-rate managed services which include:

Wayne Joyce, Project Director at Wigan Warriors, says “Working with Starcom has always been a positive experience. Everybody within the business is very supportive and, without doubt, go above and beyond to meet our needs. We started working with Starcom in 2012 with the view of overhauling our IT strategy and supporting services. It’s fair to say that we have progressed significantly since this point and have very little problems with regard our IT provision.”

As part of the Club’s move to Robin Park Arena in summer 2019 – a move which saw the Club’s offices, first-team training facilities and community operations become united under one roof adjacent to the DW Stadium – Wigan faced various operational challenges.

“One of the biggest challenges that we put Starcom ’s way was the move to our new headquarters. This was something that if not handled effectively, could have had serious consequences to the club’s ability to trade.

“We planned to relocate our HQ and four separate divisions of the club here within a 6-month period, during which time the site would be subject to ongoing redevelopment. As you can imagine acquisitions and relocations present considerable technical, operational and logistical challenges in their own right, so taking on all of this simultaneously was no small feat. Needless to say, we asked Starcom for help”.

Working to a tight deadline, Starcom began the task of relocating and reconfiguring Wigan Warriors’ network and all other IT services including WiFi, telephone lines and cybersecurity in April 2019. To ensure that the new site delivered immediate value and that the move ran smoothly, it was imperative that Starcom acted fast. They managed to get the club back up and running within just 24 hours.

“We were delighted with what Starcom achieved and as soon as we were all settled in, I picked up the phone to say thank you” says Wayne. “It meant the difference between significant office disruption versus business as usual, which as a customer-facing organisation is very important to us.”

Kris Radlinski, Executive Director at Wigan Warriors added “Starcom have provided a valuable service to Wigan Warriors for several years, giving us the peace of mind that our club’s IT is secure, stable and fit for whatever the future may bring. I look forward to continuing our ongoing partnership”.